The Nashi cider is ready.  It is ok, not that great.  Very dry and don’t love the aftertaste.  I think the problem is I used whole foods pasteurized cider- and the apple pears just diluted the flavor.  you can taste them but it prob would have been better to just to use the Nashi/Apple Pear.  I have 3 mason jars of the cider an plan on putting one in the freezer.  Maybe ice wine will be better- or at least quicker to drink ; ).

On to the next one.  we stopped at a 93 year old apple press in Milford, CT.  What a find! Opened by John Jajer as the Berkshire Mill in 1900, the cider mill originally was in the area of today’s Water Witch Hose Co.No. 2 fire station. The year it was moved to Park Lane is unknown, but it has been estimated as 1924 by Trust member Loretta Kretchko. The mill still has the original 1924 Farquahar cider press that was made in Chicago.  We picked up a gallon and a half of UNPASTEURIZED cider, so with a little champagne yeast this thing should take off.  It is also very sweet.  Hopefully this is the good stuff and I can scale up next year. 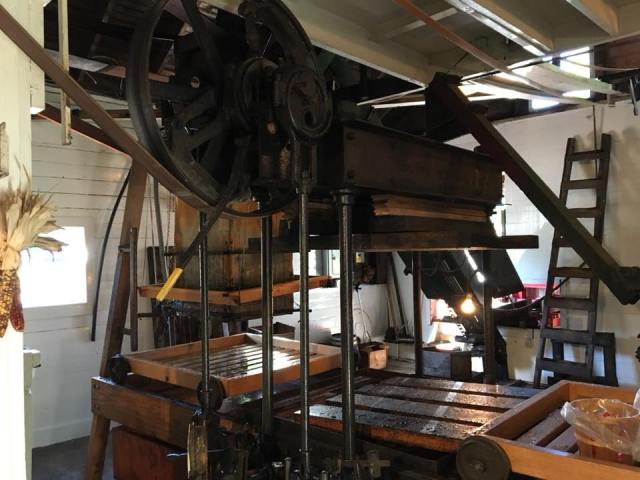